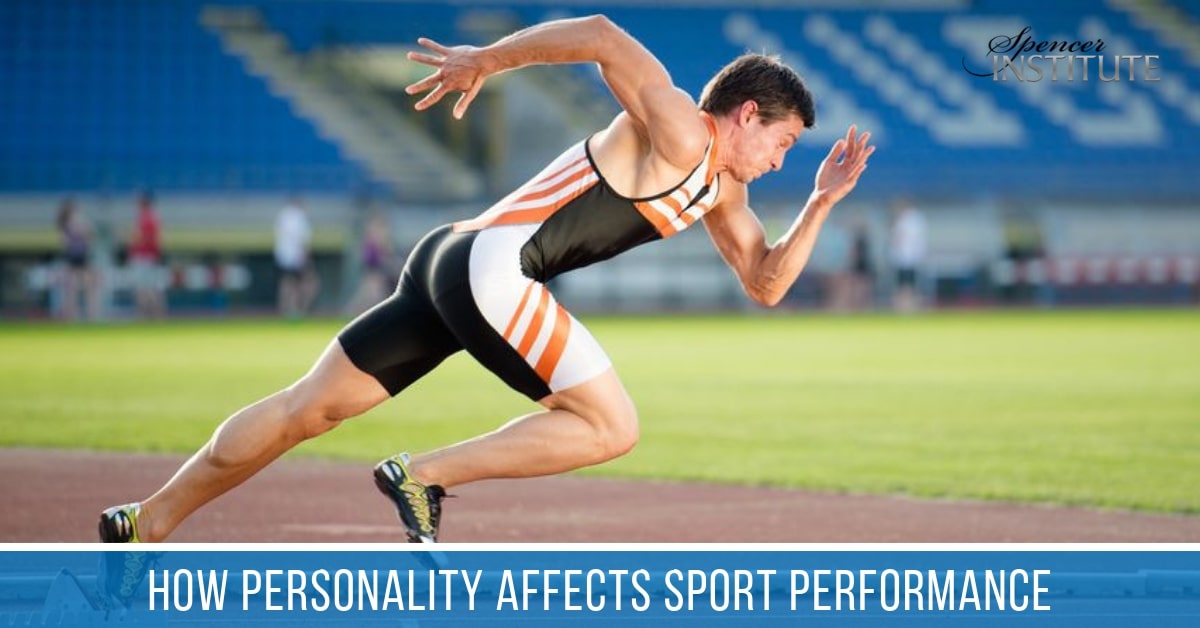 Sport and Exercise Psychologists have looked at personality from several viewpoints. Six of the major ways to study personality in sport and exercise are the psychodynamic, trait, situation, interactional, phenomenological, and integrative, or biopsychosocial approaches.

Popularized by Sigmund Freud and neo-Freudians such as Carl Jung and Erik Erikson, the psychodynamic approach to personality is characterized by two themes:

The psychodynamic approach is complex; it views personality as a dynamic set of processes that are constantly changing and are often in conflict with one another (Vealey, 2002). For example, those taking a psychodynamic approach to the study of personality might discuss how unconscious aggressive instincts conflict with other aspects of personality, such as one’s superego, to determine behavior. Special emphasis is placed on how adult personality is shaped by the resolution of conflicts between unconscious forces and the values and conscience of the superego in childhood.

Although the psychodynamic approach has had a major effect on the field of psychology, especially clinical approaches to psychology, it has had less effect on sports psychology. Swedish sport psychologist Erwin Apitzsch (1995) measured defense mechanisms such as denial in athletes and used this information to help performers and fitness professionals better cope with stress and anxiety.

Strean and Strean (1998) discussed how psychodynamic concepts (e.g., resistance) can be used to explain athlete behavior—not just maladaptive functioning of athletes, but normal personality as well. Gaskin, Andersen, and Morris (2009, 2010) also published several case studies demonstrating how a psychodynamic approach can help in understanding deep and often unconscious issues such as poor self-image, identification with people who do not have disabilities, and compliance that may arise in those with physical disabilities.

Finally, the key contribution of this approach is the recognition that not all the behaviors of an exerciser or athlete are under conscious control and that at times it may be appropriate to focus on unconscious determinants of behavior. For example, a world-class aerial skier had a particularly bad crash; when he recovered, he could not explain his inability to execute the complex skill. He said that in the middle of executing the skill he would freeze up “like a deer caught in headlights.” Moreover, extensive cognitive-behavioral psychological strategies, which have been successfully used with other skiers, did not help him. The athlete eventually was referred to a clinical psychologist, who took a more psychodynamic approach to the problem and had more success.

The trait approach assumes that the fundamental units of personality—its traits—are relatively stable. That is, personality traits are enduring and consistent across a variety of situations. Taking the trait approach, psychologists consider that the causes of behavior generally reside in the person and that the role of situational or environmental factors is minimal. Traits are considered to predispose a person to act a certain way regardless of the situation or circumstances. If an athlete is competitive, for example, she will be predisposed to playing hard and giving her all regardless of the situation or score. However, at the same time, a predisposition does not mean that the athlete will always act this way; it simply means that the athlete is likely to be competitive in sport situations.

The most noted of the trait proponents in the 1960s and 1970s include Gordon Allport, Raymond Cattell, and Hans Eysenck. Cattell (1965) developed a personality inventory with 16 independent personality factors that he believed describe a person. Eysenck and Eysenck (1968) viewed traits as relative, the two most significant traits ranging on continuums from introversion to extroversion and from stability to emotionality. Today, the Big 5 model of personality is most widely accepted. This model contends that five major dimensions of personality exist:

These five dimensions have been found to be the most important general personality characteristics that exist across individuals; most other more specific personality characteristics fall within these dimensions (McRae & John, 1992). Moreover, it is hypothesized that individuals possessing different levels of these characteristics will behave differently. For example, people high in conscientiousness would be more motivated toward order, self-discipline, and dutifulness, whereas those high on neuroticism would generally be vulnerable and self-conscious.

The Big 5 model of personality has been shown to be of some use in understanding why different exercise interventions are appropriate for people with different personality characteristics. A meta-analysis or statistical review of 35 independent studies also showed that the personality traits of extraversion and conscientiousness were positively correlated with physical activity levels, whereas neuroticism was negatively related to physical activity.

Researchers have also begun to test the Big 5 model of personality in sport.  For example, in a study of sports fans, Wann and colleagues (2004) found that identifying with a local team (and receiving social support from others) was positively related to psychological well-being as measured by the Big 5 subscales f extroversion, openness, and conscientiousness. Sport and exercise psychology researchers are examining the influence of Big 5 personality characteristics on both psychological states and.  Summarizing much of this literature in a comprehensive review, Allen and colleagues (2013) concluded that personality is related to long-term athletic success. According to Allen and colleagues, good evidence shows that athletes have higher levels of extraversion than do nonathletes and that athletes who play high-risk sports and team sports score higher on extraversion and lower on conscientiousness than do athletes who play low-risk sports and individual sports.

Regardless of the particular view and measure endorsed, trait theorists argue that the best way to understand personality is to consider traits that are relatively enduring and stable over time. However, simply knowing an individual’s personality traits will not always help us predict how that person will behave in a particular situation. For example, some people anger easily during sports activity, whereas others seldom get angry. Yet the individuals who tend to get angry in sport may not necessarily become angry in other situations. Simply knowing an individual’s personality traits does not necessarily help us predict whether she will act on them. A person’s predisposition toward anger does not tell you what specific situations will provoke that response. Note, however, that Allen and colleagues (2013) have indicated that sports personality research has stagnated and has not kept pace with developments in general psychology. This suggests that traits have some utility in predicting behavior across a number of situations.

Concerns with the trait approach to studying personality motivated some researchers to focus on the situation or environment that might trigger behaviors rather than on personality traits. The situation approach argues that behavior is determined largely by the situation or environment. It draws from social learning theory (Bandura, 1977), which explains behavior in terms of observational learning (modeling) and social reinforcement (feedback) . This approach holds that environmental influences and reinforcements shape the way you behave. You might act confident, for instance, in one situation but tentative in another, regardless of your particular personality traits. Furthermore, if the influence of the environment is strong enough, the effect of personality traits will be minimal. For example, if you are introverted and shy, you still might act assertively or even aggressively if you see someone getting mugged. Many football players are gentle and shy off the field, but the game (i.e., the situation) requires them to act aggressively. Thus, the situation would be a more important determinant of their behavior than their particular personality traits would be.

The interactional approach considers the situation and person as codeterminants of behavior—that is, as variables that together determine behavior. In other words, knowing both an individual’s psychological traits and the particular situation is helpful in understanding behavior. Not only do personal traits and situational factors independently determine behavior, but at times they also interact or mix with each other in unique ways to influence behavior. For example, a person with a high hostility trait won’t necessarily be violent in all situations (e.g., as a frustrated spectator at a football game in the presence of his mother). However, when the hostile person is placed in the right potentially violent situation (e.g., as a frustrated spectator at a football game with his roughneck friends), his violent nature might be triggered. In that particular situation, violence might result (e.g., he hits a fan for the opposing team who boos).

Researchers using an interactional approach ask these kinds of questions:

However, instead of focusing on fixed traits or dispositions as the primary determinants of behavior, the psychologist examines the person’s understanding and interpretation of herself and her environment. Hence, an individual’s subjective experiences and personal views of the world and of herself are seen as critical. Many of the most prominent contemporary theories used in sport psychology fall within the phenomenological framework.

For example, self-determination theories of motivation such as cognitive evaluation theory, achievement goal theory, social cognitive theories such as Bandura’s self-efficacy, and much of the recent research focusing on cognitive characteristics associated with athletic success (discussed later in this chapter) fall within the phenomenological approach.

The most recent approach to studying personality is the integrative, or biopsychosocial, approach (McAdams & Pals, 2006). Those adopting this approach argue that the mission of those who study personality is to understand the “whole person” and an integrative framework that considers the interaction of biological, psychological, and social factors is needed to truly understand one’s personality. Hence, to understand personality, one needs to consider the dynamic interaction of biological factors, dispositional traits, adaptions one makes to situations, and self-defined life stories or narratives that are all situated in one’s social context or culture.

Especially interesting is the self-defined narrative component in which McAdams and Pals contend that we all develop our own self-stories based on both our own history and imagined future. These narratives, which are anchored in one’s social or cultural context, help people develop meaning in their lives.

The integrative model is relatively new and is only now being used to guide sport and exercise psychology research. For example, Mallett and Coulter (2016) used the McAdams and Pals (2006) whole-person framework to examine the personality of a successful Olympic coach. This framework provided a deep understanding of the coach, and the investigators found that compared to personality disposition norms, the coach was conscientious, stable, agreeable, and open to new experiences. His orientation toward achievement and power striving influenced his motivational actions. And his personal narrative helped him make sense of his life and showed that he invested himself in his athletes, helping them develop their potential in an effort to seek redemption for situations in which he had fallen short as an athlete. The integrated model helped the researchers understand this coach in a more complete and holistic way than if they had examined only his disposition.

Differences Among the Six Approaches

Second, they vary greatly in terms of assumptions about the origins of human behavior—whether a behavior is determined by fixed traits or by conscious or subconscious determinants and how important a person’s active interpretation of herself and her environment is. Although all these viewpoints have played an important role in advancing our understanding of personality in sport and physical activity, the interactional and phenomenological views are most often stressed today and form the basis of much of this text. The integrated biopsychosocial model shows promise but is only starting to be used.

Sports Psychology Coaches have endless opportunities to work with athletes ranging from beginning to professional and all points in between. Some coaches build businesses working with youth athletes. Others specialize in sports such as triathlon. Other coaches work with teams in the college and pro ranks. There are no limits to what is possible for your career.