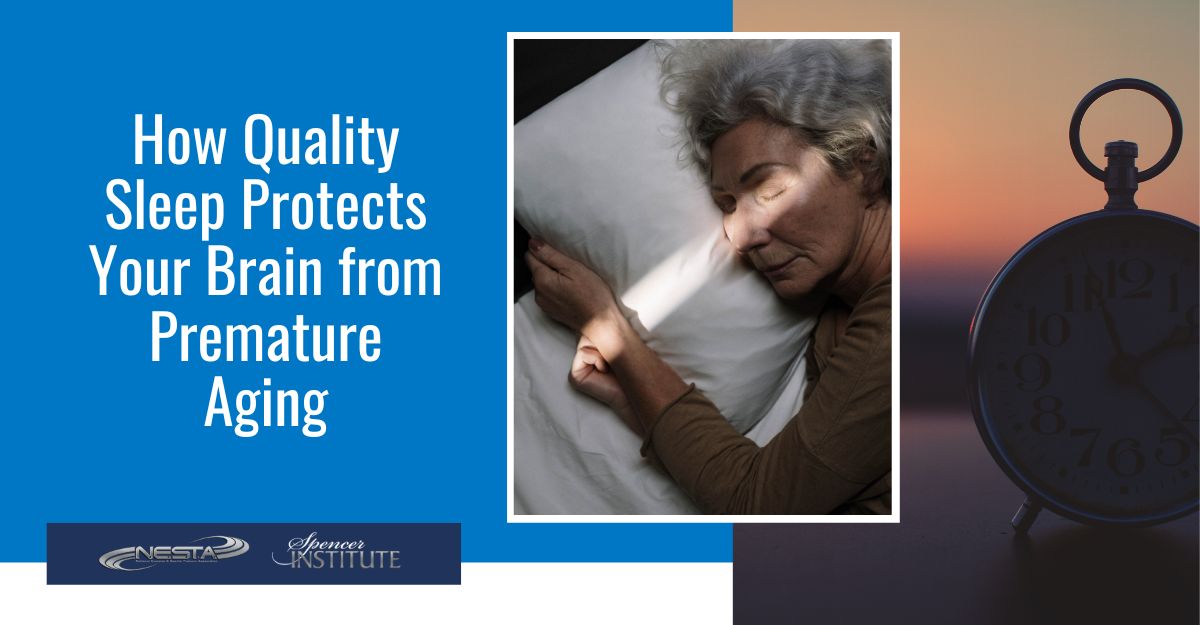 It usually starts in the mirror when you begin to notice. Your skin doesn’t have that same youthfulness it once had. The lines on your forehead begin to form permanent creases, and the color under your eyes is a little darker — this is the reality of aging.

We grow up and we don’t look quite the same. But all this is only on the outside. Beneath the surface, your body is aging too, and sleep loss can speed up the process. A study done by UCLA researchers discovered that just a single night of insufficient sleep can make older adults’ cells age quicker. This might not seem like a big deal, but it has the potential to bring on a lot of other diseases. Multiple sclerosis, heart disease, and cancer are just a few of them.

Insufficient sleep means that you get less than the 7 hours of nightly sleep that the American Academy of Sleep Medicine recommends for adults. People in the study were allowed only four hours of sleep from 3 a.m. to 7 a.m. This type of sleep restriction is actually the most common form of sleep deprivation. Long work hours may prevent us from getting the sleep we need. Or we simply stay up too late at night, failing to make sleep a top priority.

Sleep hygiene should be a priority at every age. That involves establishing healthy sleep habits such as avoiding late-day caffeine, limiting afternoon naps, skipping out on late-night screen time, and being exposed to natural light patterns.

However, truly disordered sleep requires intervention beyond those basic habits. Some disorders, such as sleep apnea, are readily treatable with devices or surgeries to open the airways. Prescription and over-the-counter sleep aids can be tempting to people tossing and turning all night, but they aren’t a substitute for natural shut-eye because sleeping pills do not induce normal patterns of restorative sleep.

Getting a healthy night’s sleep isn’t just a way to keep the wrinkles away for a little longer — it will actually make you healthier. So, how do you get better sleep and more of it? END_OF_DOCUMENT_TOKEN_TO_BE_REPLACED