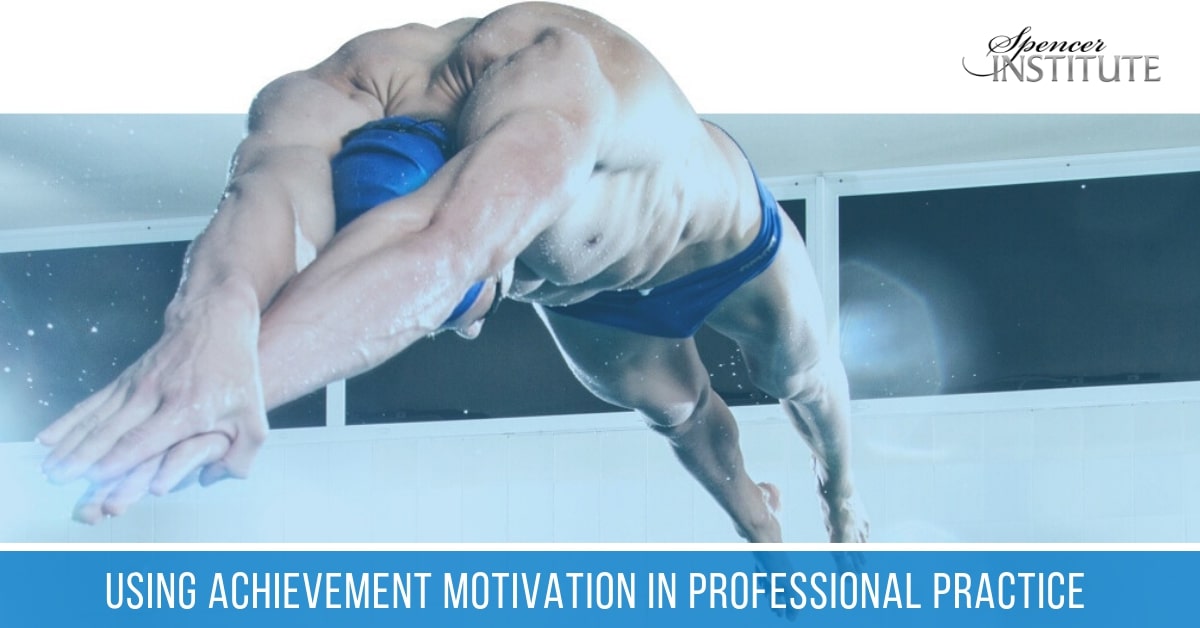 Now that you better understand what achievement motivation and competitiveness involve and how they develop and influence psychological states, you can draw implications for professional sports psychology and coaching practice. To help you consolidate your understanding, we now discuss methods you can use to help the people you work with.

You now know that the interaction of personal and situational factors influences the motivation that particular students, athletes, and exercisers have to achieve. What should you watch for to guide your practice? Essentially, you assess:

Let ’s take two examples. Jose performs well in a competition, seeks out challenges, sets task-oriented approach goals, and attributes success to stable internal factors such as his ability. He also adopts an incremental approach where he believes hard work leads to achievement. These are desirable behaviors, and he is most likely a high achiever. Felix, on the other hand, avoids competitors of equal ability, gravitates toward extreme competitive situations (where either success or failure is almost certain), focuses on ego goals, becomes tense 72 in competitions, and attributes failure to his low ability (or attributes success to external, unstable factors, such as luck). Felix is also characterized by an entity view of achievement where he views his abilities as fixed and, in many ways, nonmalleable. Because of this, Felix demonstrates maladaptive achievement behavior and will need your guidance.

Felix’s may even be a case of learned helplessness, an acquired condition in which a person perceives that his or her actions have no effect on the desired outcome of a task or skill (Dweck, 1980). In other words, the person feels doomed to failure and believes that nothing can be done about it. The individual probably makes unhelpful attributions for failure and feels generally incompetent.

There are several ways to help prevent maladaptive achievement tendencies or rectify learned helpless states. One of the most important strategies is to help people set task goals and downplay ego goals. Society emphasizes athletic outcomes and student grades so much that downplaying ego goals is not always easy. Luckily, however, sport and exercise psychologists have learned a great deal about goal setting.

Emphasize task goals as well as approach goals with students, athletes, and exercisers. Do not emphasize avoidance goals, and make an effort to intervene if students are voicing avoidance goals.

In addition to downplaying ego goals and emphasizing task or individual-specific mastery goals, you must be conscious of the attributions you make while giving feedback. It is not unusual for teachers, coaches, or exercise leaders to unknowingly convey subtle but powerful messages through the attributions that accompany their feedback. Adults influence a child’s interpretations of performance success—and future motivation—by how they give feedback. For example, notice how this physical educator provides feedback to a child in a volleyball instructional setting:

“ You did not bump the ball correctly. Bend your knees more and contact the ball with your forearms. Try harder—you’ll get it with practice. ”

The coach not only conveys instructional information to the young athlete but also informs the child that he can accomplish the task. The instructor concludes the message by stating that persistence and effort pay off. In contrast, consider the effects of telling that same child the following:

“You did not bump the ball correctly! Your knees were not bent and you did not use your forearms. Don’t worry, though—I know softball is your game, not volleyball.”

Although well-meaning, this message informs the young athlete that she will not be good at volleyball so she shouldn’t bother trying. Of course, you should not make unrealistic attributions (e.g., telling an exerciser that with continued work and effort she can become an Olympic marathoner when in fact her body type makes this unlikely). Rather, the key is to emphasize task goals by focusing on individual improvement and then to link attributions to those individual goals (e.g., “I’ll be honest: You won’t become an Olympic marathoner, but with hard work and consistent training you can run farther and faster and become a lot fitter than you are now”).

When you work with children, attributing performance failure to their low effort may be effective only if they believe they have the skills they need to ultimately achieve the task (Horn, 1987). If Oscar believes that he is totally inept at basketball, telling him that he didn’t learn to dribble because he did not try will not increase his achievement motivation—it may only reinforce his low perception of ability. Do not make low-effort attributions with children under the age of 9 unless you also reassure them that they have the skills needed to accomplish the task. The child must believe he has the skills necessary to perform the task.

We need to monitor and correct inappropriate or maladaptive attributions that participants make of themselves. Many performers who fail (especially those with learned helplessness) attribute their failure to low ability, saying things such as “I stink” or “Why even try? I just don’t have it.” They adopt an entity perspective to defining ability. Teaching children in classroom situations to replace their lack-of-ability attributions with lack-of-effort attributions helped them alleviate performance decrements after failure—this strategy was more effective than actual success (Dweck, 1975)!

Moreover, attribution retraining that focuses on creating positive emotional states and expectations after success and avoiding low-ability attributions after failure has been shown to be effective in sport and physical education contexts. If you hear students or clients make incorrect attributions for successful performances, such as “That was a lucky shot,” correct them and indicate that hard work and practice—not luck—made the shot successful. Especially important is the need to correct participants when they make low-ability attributions after failure. Get them to change from statements such as “I stink; why even try? I will never get it” to “I’ll get it if I just hang in there and focus on what my coach said to do.” You have an important responsibility to ensure that participants use attributions that will facilitate achievement motivation and efforts.

Determine When Competitive Goals Are Appropriate

You are also responsible for helping participants determine when it is appropriate to compete and when it is appropriate to focus on individual improvement. Competing is sometimes a necessity in society (e.g., to make an athletic team or to gain admission to a selective college). At times, however, competing against others is counterproductive. You wouldn’t encourage a basketball player to not pass off to teammates who have better shots or a cardiac rehabilitation patient to exceed the safe training zone in order to be the fastest jogger in the group. The key, then, is developing judgment.

Through discussion, you can help students, athletes, and exercisers make good decisions in this area. Society emphasizes LEARNING AIDS social evaluation and competitive outcomes so much that you will need to counterbalance by stressing a task (rather than an outcome) orientation. Talking to someone once or twice about this issue is not enough. Consistent, repeated efforts are necessary to promote good judgment about appropriate competition.

Enhance Feelings of Competence and Control

Enhancing perceived competence and enhancing feelings of control are critical ways to foster achievement motivation in physical activity participants, especially children. You can do this by keeping practices and competitions fun and focused on achievement and by matching participant skills and abilities. Instructors can enhance competence by using appropriate feedback and reinforcement and by helping create individualized challenges and goals for participation. Maximizing the involvement of all participants is critical for enhancing competence.

Sports Psychology Coaches have endless opportunities to work with athletes ranging from beginning to professional and all points in between. Some coaches build businesses working with youth athletes. Others specialize in sports such as triathlon. Other coaches work with teams in the college and pro ranks. There are no limits to what is possible for your career.