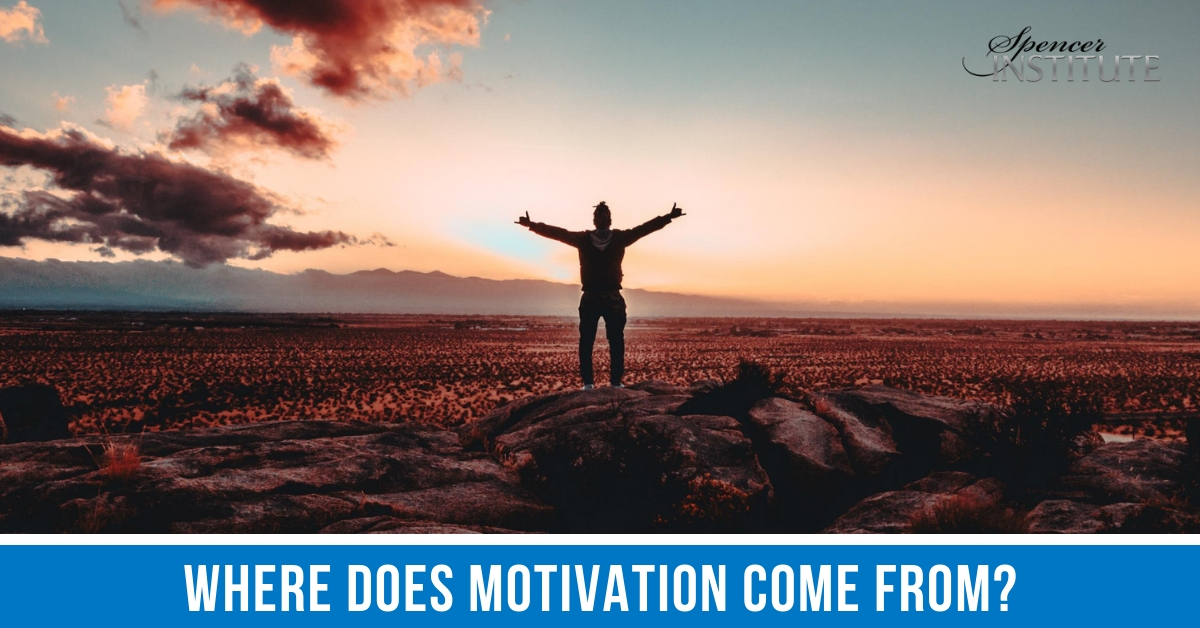 Motivation can be defined simply as the direction and intensity of one’s effort. Sport and exercise psychologists can view motivation from several specific vantage points, including achievement motivation, motivation in the form of competitive stress, and intrinsic and extrinsic motivation.

These varied forms of motivation are all parts of the more general definition of motivation. Hence, we understand the specifics of motivation through this broader, holistic context, much as a football coach views specific plays from the perspective of a larger game plan or offensive or defensive philosophy. But what exactly do these components of motivation—direction of effort and intensity of effort—involve?

Although it is convenient to separate the direction of effort from the intensity of effort, for most people direction and intensity of effort are closely related. For instance, students or athletes who seldom miss class or practice and always arrive early typically expend great effort during participation. Conversely, those who are consistently tardy and miss many classes or practices often exhibit low effort when in attendance.

Each of us develops a personal view of how motivation works, our own model on what motivates people. We are likely to do this by learning what motivates us and by observing how other people are motivated. For instance, if someone has a physical education teacher she likes and believes is successful, she will probably try to use or emulate many of the same motivational strategies that the teacher uses.

Moreover, people often act out their personal views of motivation, both consciously and subconsciously. A coach, for example, might make a conscious effort to motivate students by giving them positive feedback and encouragement. Another coach, believing that people are primarily responsible for their own behaviors, might spend little time creating situations that enhance motivation.

Although thousands of individual views exist, most people fit motivation into one of three general orientations that parallel the approaches to personality.

The trait-centered view (also called the participant-centered view) contends that motivated behavior is primarily a function of individual characteristics. That is, the personality, needs, and goals of a student, athlete, or exerciser are the primary determinants of motivated behavior. Thus, coaches often describe an athlete as a “real winner,” implying that this individual has a personal makeup that allows him to excel in sport. Similarly, another athlete may be described as a “loser” who has no get-up-and-go.

Some people have personal attributes that seem to predispose them to success and high levels of motivation, whereas others seem to lack motivation, personal goals, and desire. However, most of us would agree that we are in part affected by the situations in which we are placed. For example, if a physical therapist does not create a motivating rehabilitation environment, client motivation will consequently decline. Conversely, an excellent physical therapist who creates a positive environment will greatly increase motivation. Thus, ignoring environmental influences on motivation is unrealistic and is one reason sport and exercise psychologists have not endorsed the trait-centered view for guiding professional practice.

In direct contrast to the trait-centered view, the situation-centered view contends that motivation level is determined primarily by the situation. For example, Brittany might be motivated in her aerobic exercise class but unmotivated in a competitive sport situation. Probably you would agree that situation influences motivation, but can you also recall situations in which you remained motivated despite a negative environment? For example, maybe you played for a coach you didn’t like who constantly yelled at and criticized you, but still, you did not quit the team or lose your motivation. In such a case, the situation was clearly not the primary factor influencing your motivation level. For this reason, sport and exercise psychology specialists do not recommend the situation-centered view of motivation as the most effective for guiding practice.

The view of motivation most widely endorsed by sport and exercise psychologists today is the participant-by-situation interactional view. It can be traced to the work of Kurt Lewin (1951) who formulated that behavior is a function of the person and situation. Interactionists contend that motivation results neither solely from participant factors (e.g., personality, needs, interests, and goals) nor solely from situational factors (e.g., a coach’s or teacher’s style or the win-loss record of a team). Rather, the best way to understand motivation is to examine how these two sets of factors interact Sorrentino and Sheppard (1978) studied 44 male and 33 female swimmers in three Canadian universities, testing them twice as they swam a 200-yard freestyle time trial individually and then as part of a relay team.

The situational factor that the researchers assessed was whether each swimmer swam alone or as part of a relay team. The researchers also assessed a personality characteristic in the swimmers—their affiliation motivation, or the degree to which a person sees group involvement as an opportunity for social approval versus social rejection. The objective of the study was to see whether each swimmer was oriented more toward social approval (i.e., viewing competing with others as a positive state) or toward rejection (i.e., feeling threatened by an affiliation-oriented activity, such as a relay, in which she might let others down) and how their motivational orientation influenced their performance.

As the investigators predicted, the approval-oriented swimmers demonstrated faster times swimming in the relay than when swimming alone. After all, they had a positive orientation toward seeking approval from others—their teammates. In contrast, the rejection-threatened swimmers, who were overly concerned with letting their teammates down, swam faster alone than when they swam in the relay.

From a coaching perspective, these findings show that the four fastest individual swimmers would not necessarily make the best relay team. Depending on the athletes’ motivational orientation, some would perform best in a relay and others would perform best individually. Many experienced team-sport coaches agree that starting the most highly skilled athletes does not guarantee to have the best team in the game. The results of the swimming study clearly demonstrate the importance of the interactional model of motivation. Knowing only a swimmer’s personal characteristics (motivational orientation) was not the best way to predict behavior (the individual’s split time) because performance depended on the situation (performing individually or in a relay).

Similarly, it would be a mistake to look only at the situation as the primary source of motivation because the best speed depended on whether a swimmer was more approval oriented or rejection threatened. The key, then, was to understand the interaction between the athlete’s personal makeup and the situation.

Sport Psychology Coaches have endless opportunities to work with athletes ranging from beginning to professional and all points in between. Some coaches build businesses working with youth athletes. Others specialize in sports such as triathlon. Other coaches work with teams in the college and pro ranks. There are no limits to what is possible for your career.