Jeff, the offensive guard on the high school football team tends to become especially nervous in competition. The more critical the challenge, the more nervous Jeff gets – and you guessed it – the worse he plays. This is an example of just one of your biggest coaching challenges – to help Jeff learn to manage his stress more effectively.

Britney, wellness director for the City Senior Center and Cardiac Rehabilitation Center, runs a group fitness program for patients in recovery. But she is worried. Some of her clients don’t stick with their exercise programs once they are released or after they start feeling better. How can Britney sort this out? END_OF_DOCUMENT_TOKEN_TO_BE_REPLACED

Trainers and coaches are often tasked with working toward one main client goal:  improving health metrics. But we all know that once a goal is revealed, it reaches out into other areas of your client’s life. One area where this is especially true is nutrition. We all can agree that our food choices directly affect our health. We want to choose foods that are healthy for us. But that is only part of the story. To make everything more interesting, we are all different. We all know that each of us responds differently to the same foods. If you were to look at the topic of food from a higher vantage point or lens, you would see that we now have the ability to choose the foods that are right for us physically, by measuring our own personal responses to food and substances we eat and drink.

The overarching goals of your coaching plans are tethered to a belief of a certain reality, that the techniques we have been trying with clients have shown varying degrees of success. Some programs are referred to as “diets”. Others are simply given a name (Keto, Paleo) and there is enough common public knowledge of the topic that people still feel they understand on their own – essentially, we are talking about a shift in food intake. END_OF_DOCUMENT_TOKEN_TO_BE_REPLACED

Healthcare providers know that a healthy lifestyle is essential to optimal health, but they do not know how to enable clients to adopt new healthy habits and abandon old harmful ones. Medicine had been somewhat effective at managing health and medical concerns, and even better at addressing acute medical emergencies and conditions, but it is not as well suited to helping people like your client manage a lifelong journey to sustain health-promoting behaviors.

In many cases, clients need to master new life skills—how to develop a personal formula for health and vitality and how to become confident in their ability to implement, sustain, and adjust strategies needed to allow transformations to endure over a lifetime.

Most clients do not believe that they are capable of mastering these life skills. This is where coaching enters the equation. In fact, good coaches, work to specifically build confidence in the clients. They serve, and in doing so support the health and medical professions toward the greater good. END_OF_DOCUMENT_TOKEN_TO_BE_REPLACED

By Mark Teahan – Director of Education for the Spencer Institute

Coaches are always looking to define their work. For some, it is an art form where we work to create an environment with each client, where conversations become seminal and a way of being for our client to aspire to.  We get excited about the many ways to engage a client in the processes we can deploy to move each of them toward their unique, desired goals in a manner that not only transforms them but endures.  The key is a single ingredient that is not learned; it is ingrained in every coach. It is the caring of the human being before us that matters most.  It’s not just the external results that inform our relationships.  It’s more internal – and for our client, it is the most significant and foremost. END_OF_DOCUMENT_TOKEN_TO_BE_REPLACED 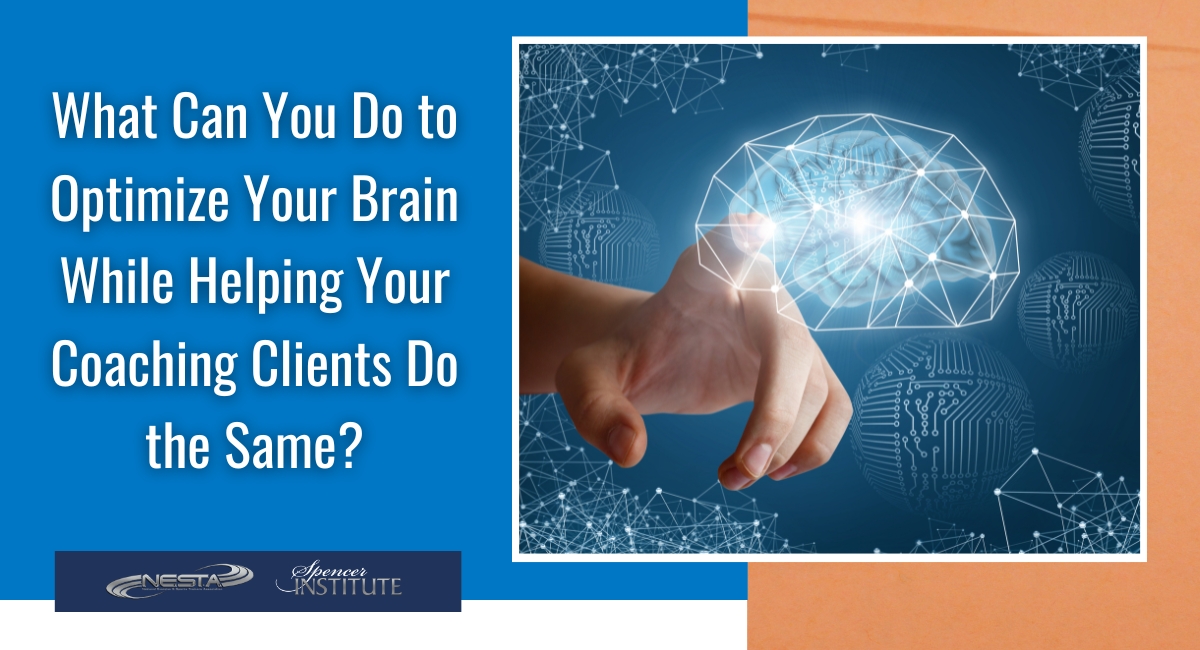 Why is Brain Health Important?

A scientist can easily watch a human brain in action from one moment to the next. This is done using sophisticated equipment and most often, a laboratory that can bring up images of a subject connected to wires; this image is not far from what a neuroscientist would see in a normal day’s work. In fact, some of you may be familiar with one form of this scenario – referred to as neurofeedback. With that, we welcome you to the certified brain fitness coaching program!

In this course, we are going to look at ways to understand the human brain and learn how to apply measures and principles rooted in the field of neuroscience. It is important to note that the themes of this course are aimed at how we might work with a client, but we must always have experiential knowledge prior to doing so. Some of what you learn should be applicable to yourself prior to applying this information to a client. Therefore, we will learn how brain health not only affects our thoughts but how is influenced by nutrient intake, exercise, health, and cognitive enrichment. Since we are approaching this from a health and fitness perspective, we will also explore how different modes of exercise impact brain function and health.

END_OF_DOCUMENT_TOKEN_TO_BE_REPLACED 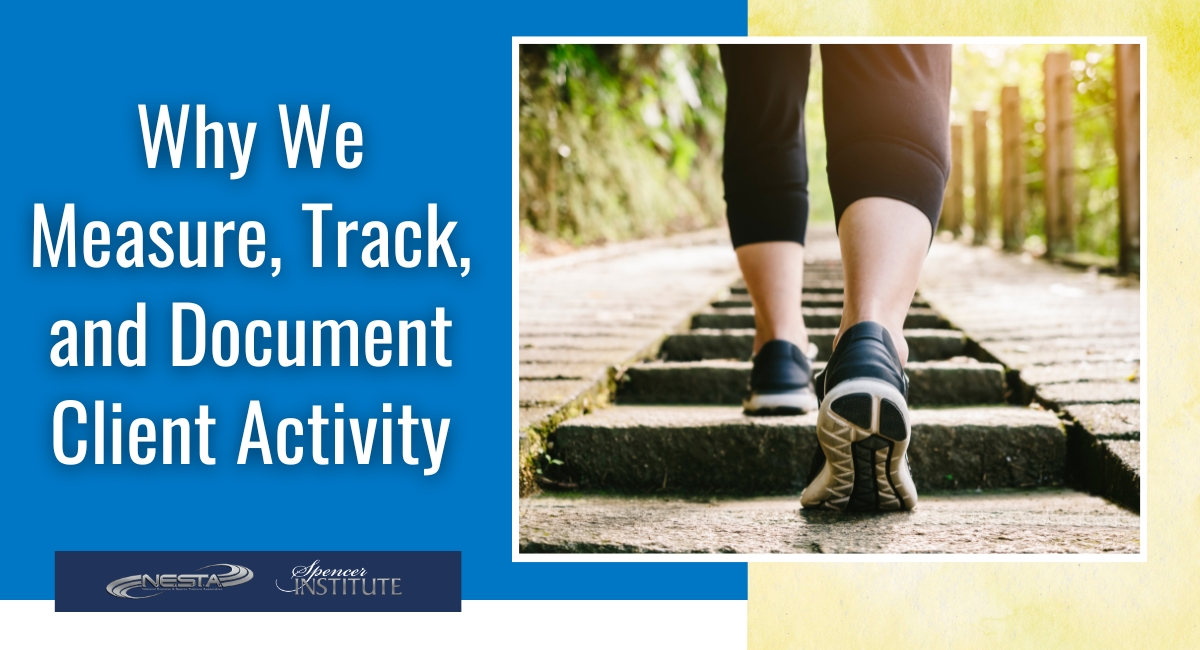 An important metric coaches and trainers will want to capture is how active your client is throughout their day. Nearly every smartphone available today has a pedometer built into it; for those without a smartphone, the traditional type of pedometer can also be used, including those built into heart rate monitors.

As you can guess, we want to find out how many steps are recorded each day. This will give you a glimpse into whether your client is sedentary, moderately active, or more. Smartphone apps will calculate how many steps are taken throughout the day and will give guidance on what daily metrics are to be factored into any calorie intake advice you provide a client. This is typically represented as mileage total. Some apps will also indicate the number of calories burned by the user. Most of the present-day apps in use tend to set a common goal of 10,000 steps per day for optimal health; this is difficult for many to accomplish, especially professionals who work in office environments.

END_OF_DOCUMENT_TOKEN_TO_BE_REPLACED 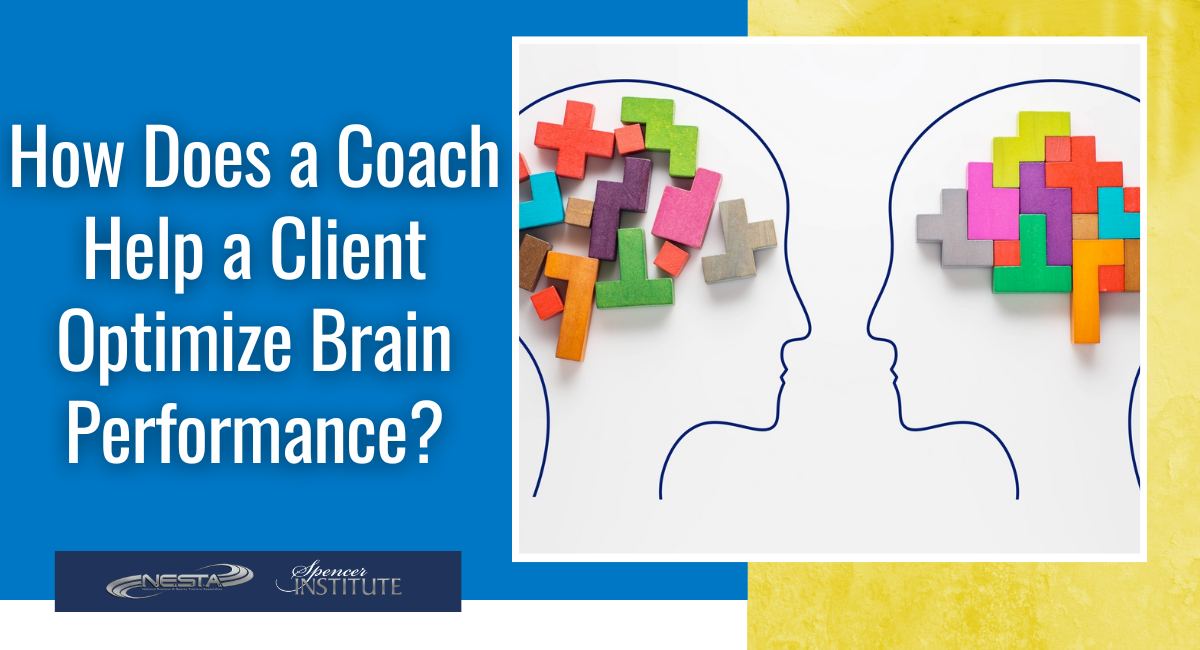 Applying the science of brain health gives coaches a new opportunity to impact, touch and transform the lives of thousands of clients. The potential to be effective by using the neuroscience and data of the brain is almost liberating, and there’s a robust amount of data proving the efficacy of coaching community to inspire and foster change in others.

True, in many cases, the sole reason why coaching is so effective for some clients is simply because the coach, mentor, trainer, or instructor has a proven track record of success. The Certified Brain Fitness Coach also has a chance to make the same potential impact and ideally, clients will be drawn to work with you for your ability to elevate their lives to a new level. For this reason, it is important for Coaches to embrace some principles in your own life, as your clients will feel the authenticity behind the information being shared with them. They will most likely respond better when they see congruency with other good coaches. END_OF_DOCUMENT_TOKEN_TO_BE_REPLACED 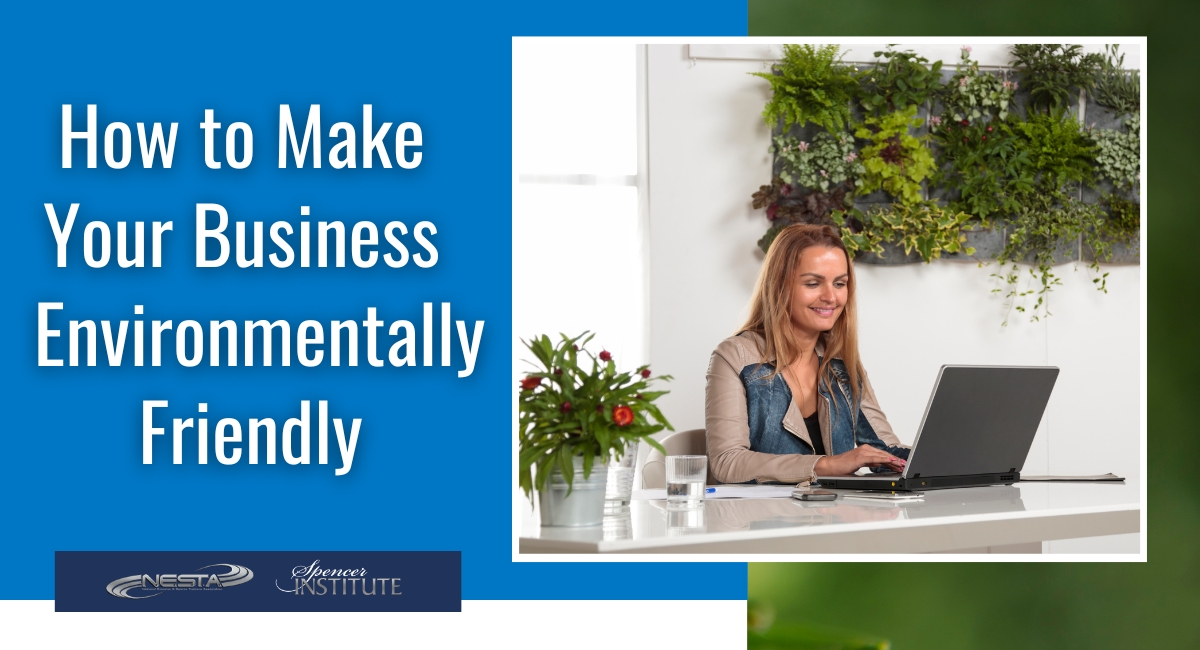 How to Create a Green Culture in Your Workspace

As you transition your home to a healthy green home, you’ll want to start transferring those habits to your office. Paper and the endless amount of electricity and disposables that come with an office will ultimately find their way to the landfills just like it does at home. So, start leading by example and begin making small changes and talking to your office manager.

One of the easiest ways to get the office on the bandwagon is to start a recycling program (if your office doesn’t already have one). We all know the massive amounts of paper that go through our offices. One of the easiest ways to do this is to set up a central bin (or two if you need it, depending on your office size) where everyone can recycle their paper. Encourage the office manager to buy only recycled paper. Start turning off computers and lights at night and turn down the heat a few degrees.

END_OF_DOCUMENT_TOKEN_TO_BE_REPLACED 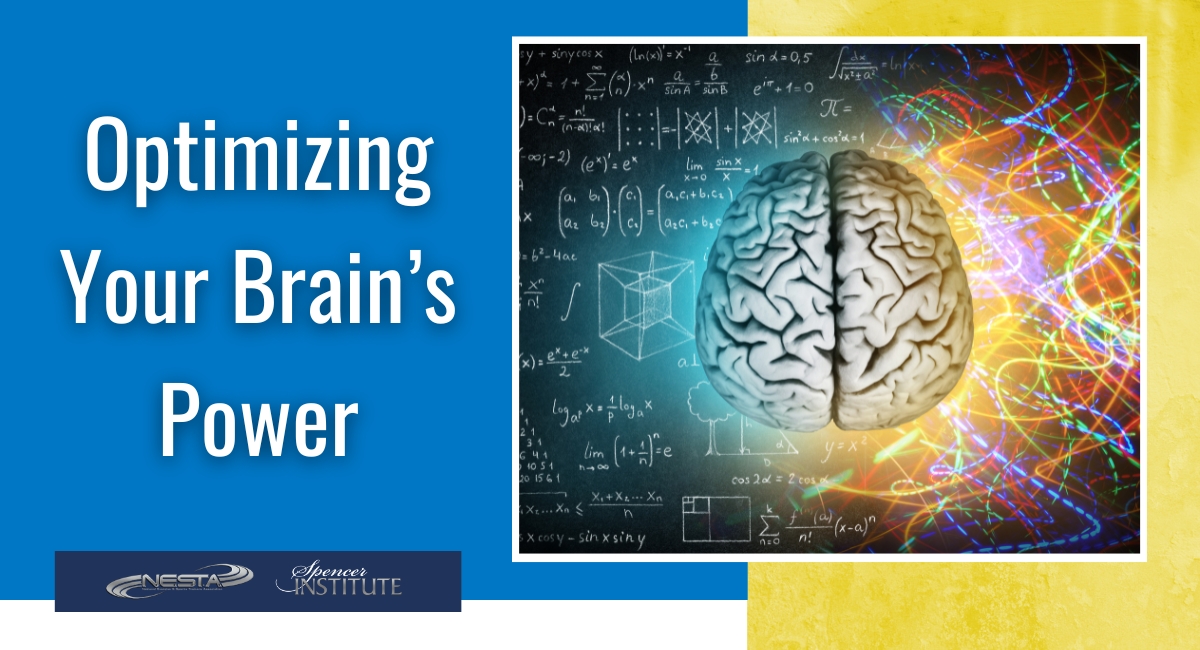 As a coach or trainer, you will want to learn how to awaken our highest potential by harnessing the power of our thoughts to achieve goals. You will find this very helpful as you work with clients making behavior changes.

The reality: we are only a thought away from significant change. Experiencing well-being can be dialed in at the level of our brain. Thoughts create emotions and emotions color our every life experience. Emotions are what give our life meaning. The unpleasant ones inspire us to take on challenges; the pleasant ones bring us peace and happiness.

How to Use Our Thoughts Productively

Let’s look at how to take our thoughts and train our brains how to use these thoughts productively. We do this by shifting the thoughts that no longer serve us as needed; this allows us to successfully achieve our goals. In order to understand this, we have to acknowledge the work of theoretical physicist Albert Einstein. One of his most famous quotes states that energy cannot be created or destroyed; it can only be changed from one form to another. Einstein also stated a belief that thoughts are energy and thoughts are constantly creating our life – from our thoughts come emotions and emotions are what keep us on track in life. They guide us to deeper happiness. Emotions provide feelings and insights into our thoughts and beliefs. They provide a sort of therapy for our thoughts.  END_OF_DOCUMENT_TOKEN_TO_BE_REPLACED 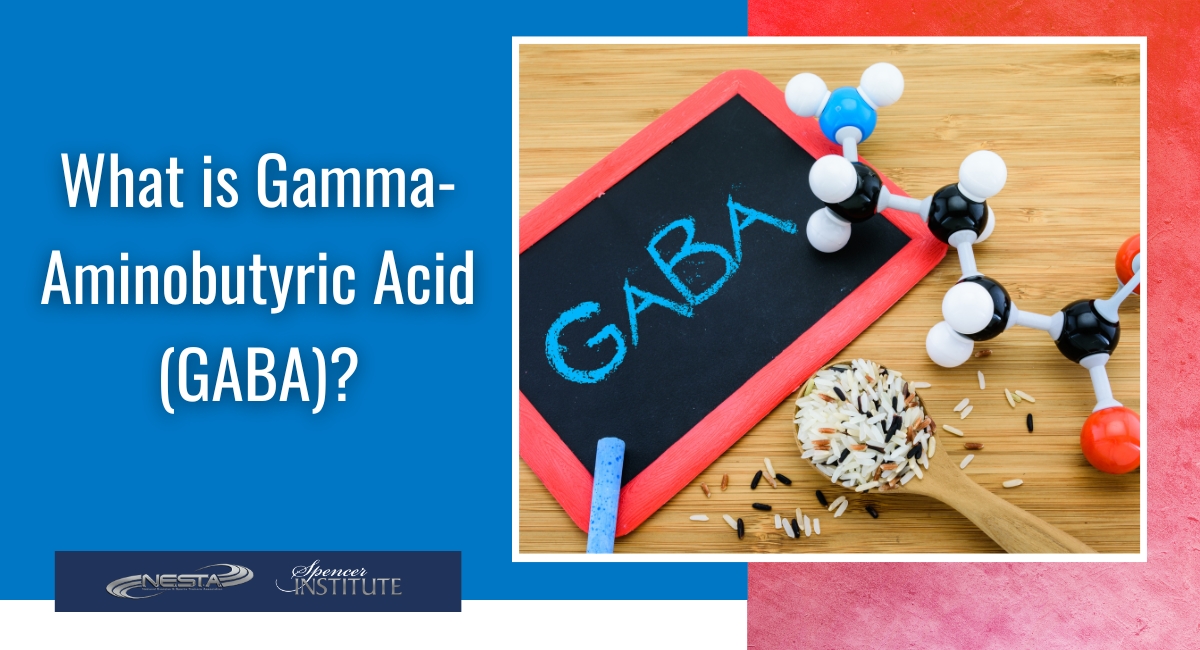 What is Gamma-aminobutyric Acid (GABA)?

Gamma-aminobutyric acid (GABA) is a neurotransmitter, a chemical messenger in your brain. It slows down your brain by blocking specific signals in your central nervous system (your brain and spinal cord).

GABA is known for producing a calming effect. It’s thought to play a major role in controlling nerve cell hyperactivity associated with anxiety, stress, and fear.

How Does GABA Reduce Neuronal Excitability by Inhibiting Nerve Transmission?

Humans have a highly selective membrane that keeps our blood and cerebrospinal fluid separate: the blood-brain barrier (BBB). Some molecules, like water, pass through it easily, other things, like bacteria don’t. This membrane also contains special channels to diffuse important molecules one way or the other, like glucose.

It’s an important border, as drugs that cannot cross into the brain, or do so poorly, have much less of an effect than ones that do. For example, morphine can’t cross the BBB very well, but its close relative heroin can! Upon entry to the brain, heroin is converted into morphine, which is why heroin is so much more potent than morphine. END_OF_DOCUMENT_TOKEN_TO_BE_REPLACED