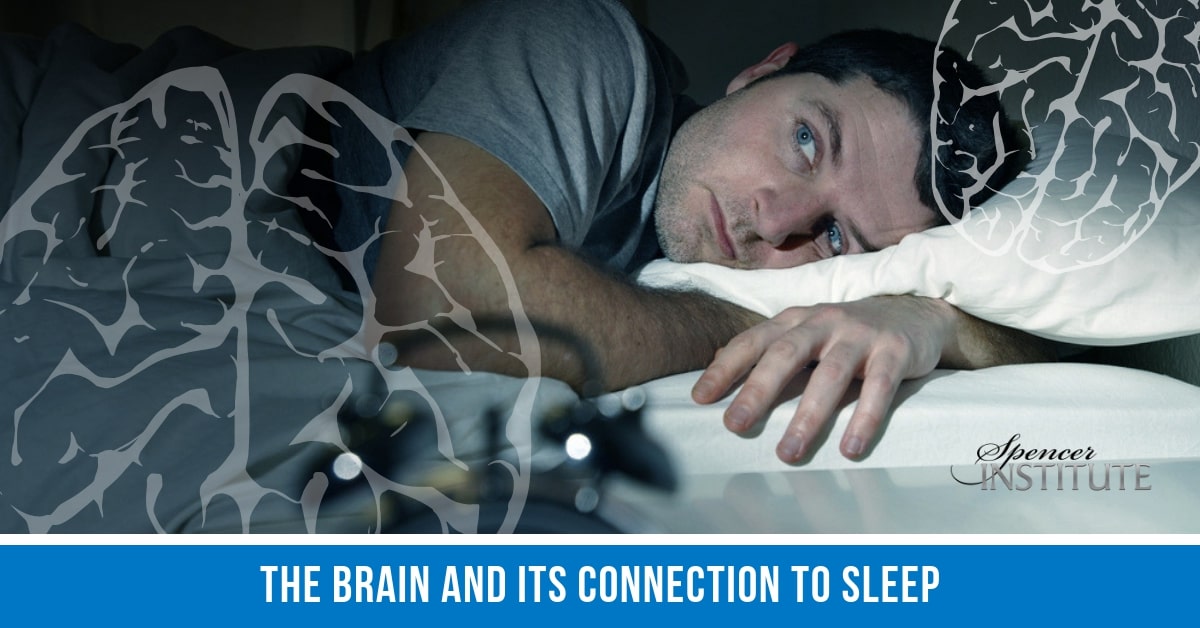 Another neurotransmitter involved in promoting wakefulness and mental alertness is histamine (9). The area of the brain signaled by the release of histamine is the tuberomammillary nucleus (TMN). Antihistamine medications induce sleepiness by blocking this signal. This results in the drowsy effects of antihistamines.

In another part of the brain, the hypothalamus assists with inhibiting the brain’s stimulation signals by supporting the shift to sleep (9). Within the hypothalamus is the ventrolateral preoptic nucleus (VLPO). Neurons here send inhibitory signals such as the neurotransmitters GABA and galanin to the numerous arousal-promoting centers. Instead of stimulating these centers, they inhibit them, thus supporting sleep. New drug therapies for insomnia are trying to figure out ways of inducing sleep by increasing the activity of VLPO neurons (9).

As a coach, it is important to consider the influence of medications – both prescription and non-prescription – as well as any supplements that clients are taking. This will enable you to discuss if poor sleep habits are due to side effects of medications. These include several of the drugs that act on the GABA system, as these are commonly used in treating several conditions such as anxiety and epilepsy.

Common sources of caffeine include coffee, tea, energy drinks, cola drinks and soft drinks. Sports/fitness supplements and over the counter medications such as NoDoz, Vivarin, and Excedrin all contain significant amounts of caffeine (10).

Medications that act on the GABA system

Research has proven that the brain has the ability to activate the VLPO neurons and induce sleep while turning off the wake-promoting neurons in the tuberomammillary nucleus (9). This allows for the constant time of sleep or wakefulness. This transition period of mutual inhibition happens rather quickly and could be compared to flipping an electrical switch. Within the brain, the process that sustains stability through mutual inhibition is then believed to be activated by some changes in the body, such as the body’s internal clock, or the body’s need for sleep.

In general, most individuals need a few minutes to relax and be rested enough to actually fall asleep. While transitioning into the deepest stages of sleep can take at least 20 minutes after falling asleep, an individual can easily enter into light sleep at an instance. So what determines when to turn the switch to the “sleep” function versus the “wake” function and vice versa? That has to do with the internal biological master clock within the brain, known as the suprachiasmatic nucleus (SCN). Located within the hypothalamus, it controls the body’s circadian rhythm. When an individual is outside in daylight, the light signals are transmitted through the eyes to the SCN. This allows light to regulate the day and night cycle. The SCN supports wakefulness by generating a dominant signal that inhibits the sleep drive (9). On the other hand, when it is dark, the SCN supports sleep by turning off the signal (9).  Furthermore, the SCN guarantees that sleep continues through the entire sleep cycle, even when the sleep drive is long gone. SCN controls the increased production of the hormone melatonin, which can make an individual feel sleepy (12). Melatonin supplements are also available over the counter, and have been advertised as supporting sleep. While they may induce sleep, an individual may wake up feeling groggy as the larger amount of melatonin may override the natural process controlled by the SCN.

Have you ever flown across a different time zone, and had your sleep cycle disrupted? This concept, called jet lag, takes place when the body’s circadian rhythm is affected (12). This is temporary, as the body clock resets after a few days.

Given your understanding of how light signals helps maintain the master clock, which regulates an individual’s sleep cycle, it is significant to pay attention to your client’s sleeping environment. Are they sleeping in a room that encourages sleep? Is the room dark enough to prevent the SCN from being misled into thinking that it is daylight outside? These are questions you should be considering, during your coaching session.

The brain can be injured in multiple ways, one of which is through a motor vehicle accident, or a fall. Naturally, sleep disturbances commonly take place as a result of a brain injury. The body’s circadian rhythm is usually affected, as the SCN may be affected, and be unable to correctly perceive light signals. Also, decreased amounts of the hormone melatonin may be produced. Individuals with brain injury experience increased fatigue, believed to be part of the process as the brain tries to heal. This may be linked with other coexisting conditions as well as post-traumatic stress disorder (PTSD), which may also cause severe insomnia (12).

PTSD is a mental health condition that is triggered by a frightening event (9). It is commonly seen in those who have been in combat zones or experienced a traumatic event (9). Individuals usually experience relentless anxiety, flashbacks, nightmares, and fearful thoughts. It can result in many types of sleep problems. The heightened anxiety leads to an increased release of the neurotransmitters epinephrine and adrenaline in the brain (10). This affects the body’s natural sleep cycle, leaving the individual ultimately with insomnia and extreme fatigue during the day. (10).  Some individuals with PTSD take excessive time to nap during the day due to the fear of sleeping at night, which further affects nighttime sleep. Many others end up taking medications or alcohol and other substances as a form of comfort, which only exacerbates sleep issues when they are present.

As a coach, you can help your client cope by figuring out how to reduce stress and anxiety. PTSD has a lot to do with a fear of the unknown and being put in the same circumstances that created the onset. If your client experienced trauma or assault in their bedroom or even their house, it may be best for them to go to another location where they feel safe. Pay attention to their sleeping environment, ensuring that it is safe, comfortable, with decreased noise. In some cases, it may be helpful for the individual if someone else sleeps in the same room, or if they live alone if someone else moves in temporarily. Rather than suggesting a dark room to sleep in, such individuals may benefit from having a ‘night light’. Encourage the client to refrain from mentally stimulating activities before bedtime. Persuade the client to avoid using alcohol as a way of falling asleep. Suggest alternative ways of relaxing such as taking a warm bath, or listening to soothing music.

Among those with a generalized anxiety disorder, as many as 50% of these individuals have difficulties sleeping (14). This happens most frequently in children and adolescents. A research study showed that children diagnosed with an anxiety disorder had more challenges falling asleep, and staying asleep, compared to another group without the diagnosis (14).

Attention-deficit/hyperactivity disorder (ADHD) is a concept that describes hyperactivity, inattention, and/or brash behavior (9). It is a frequent behavioral condition that starts in childhood and may continue into adulthood. Children diagnosed as having ADHD normally have difficulty sitting still, paying attention, and/or managing their emotions and behaviors. While many children experience sleep deprivation, some research has shown increased daytime sleepiness in children with ADHD (9). Since ADHD is commonly seen in children, this will be addressed in another section of the manual.

Bipolar disorder is a mental health condition that leads to abnormal mood, energy, activity levels and the capacity to execute normal daily tasks (9). Difficulty with sleep is a big symptom of bipolar disorder. With bipolar disorder, during the manic phase, the individual may experience a decreased drive for sleep, while during the phases of depression, intense insomnia may occur (10).

It has been suggested that sleep disturbances can lead to relapses with bipolar disorder, thus emphasizing the need to develop healthy sleep hygiene behaviors in such individuals (10). In addition, sleep deprivation has been strongly linked with impulsivity and risk-taking, thus exacerbating the features of the bipolar condition (10)

Brain Fitness Coach CertificationBecome a leading authority on brain optimization through proper training, sleep, nutrition, neuro-conditioning and flow state. You know how important things like mindset, focus, clarity, determination, distraction control and flow are to success: mental, physical or financial. A well-functioning brain creates more opportunity for success in each aspect of life.