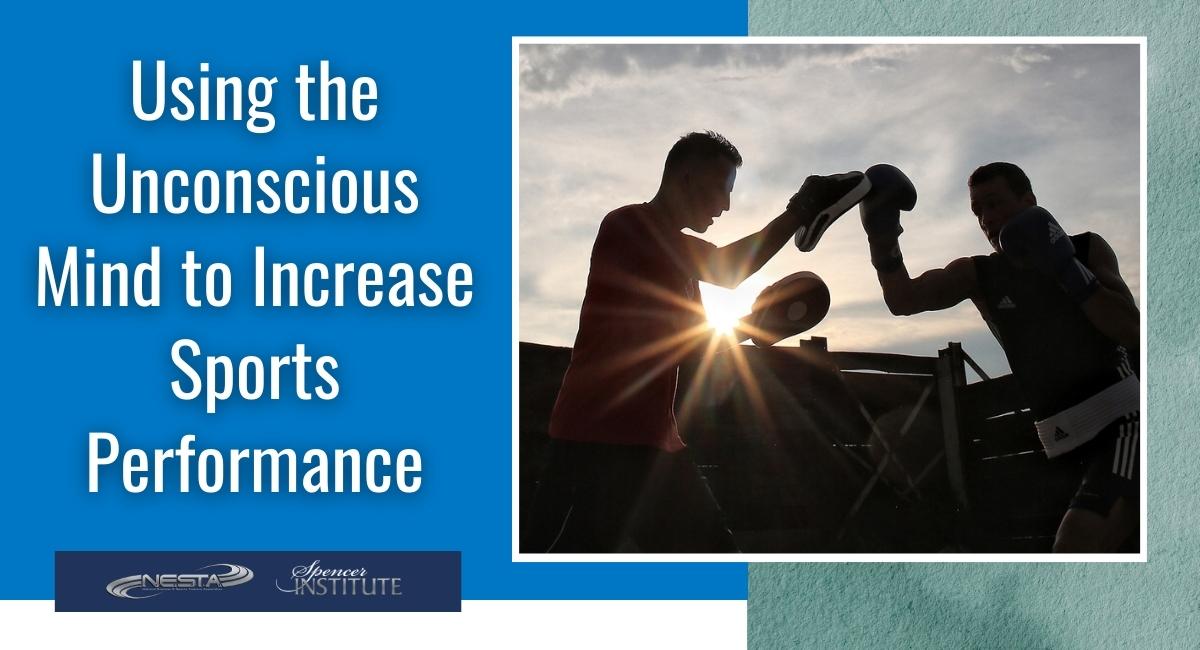 What Are the Prime Directives of the Unconscious Mind?

The following article is helpful to coaches and consultants who work with clients for sports performance, mindset training, guided imagery, mind-body fitness, and sports psychology coaching.

Preservation of the Body

All suggestions should lead toward the preservation of the body. Therefore hypnotherapists have traditionally succeeded so much in smoking and weight loss. Preservation is a logical assumption in these therapies, however, most hypnotherapists do not realize that they should be linking preservation up to all of their client’s goals.

In sports hypnosis, you will have a higher degree of success if you can link up the preservation of the body to the intended outcome. For example: “… Imagine if you will now, winning the gold medal. Beyond the feeling of winning, you realize the potential that now awaits you: from product endorsements to media coverage. All these effects of winning are within your grasp. And by taking these opportunities, your income will grow and provide you the ability to buy healthier foods, higher quality supplements, and receive the best healthcare possible. Who would have ever thought that by winning a gold medal you could become a healthier human, but like a pebble in a pond creating a ripple effect, everything affects everything in life…”

Linking the Preservation of the Body to a Goal 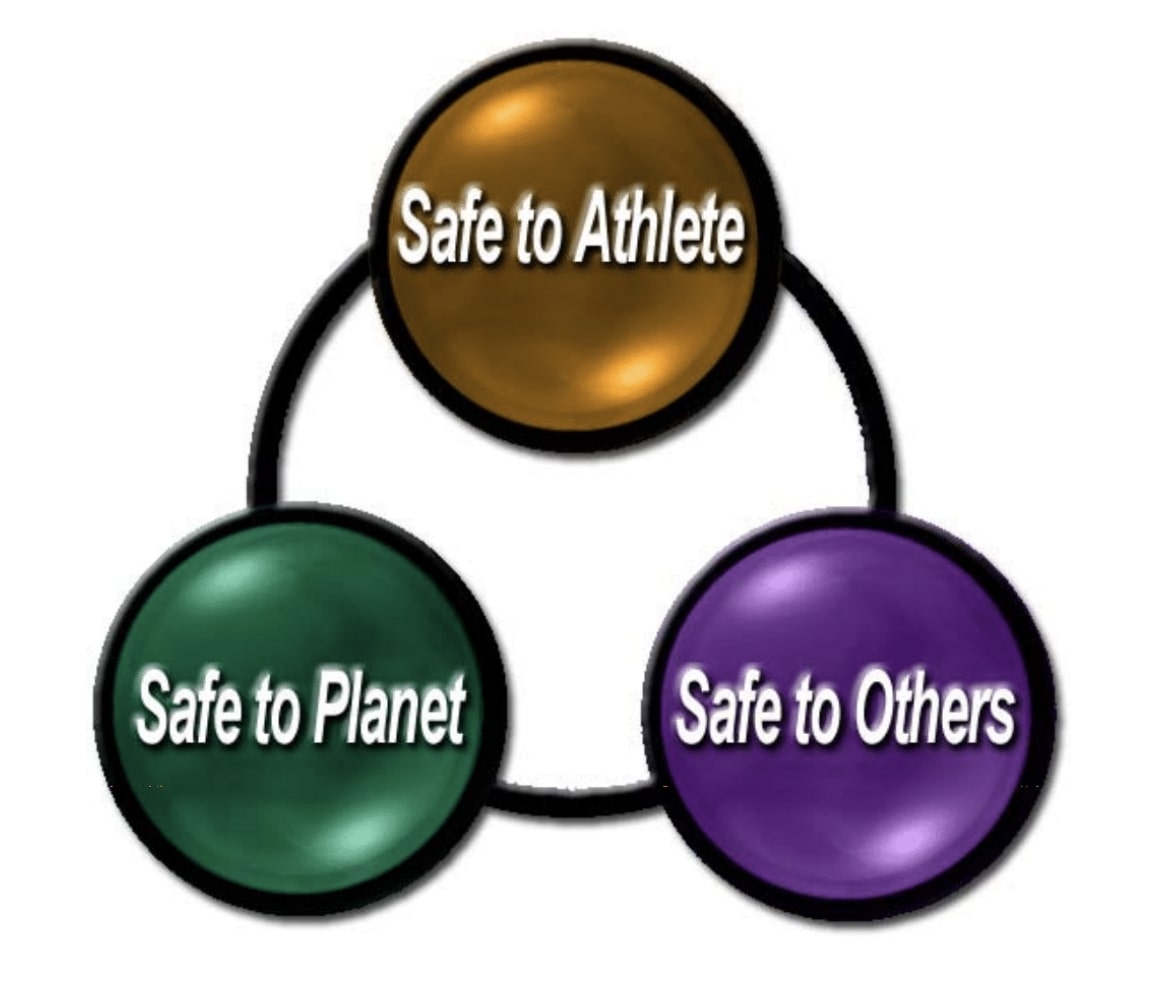 Now when working with athletes, this criterion can get a little tricky. After all, injuries occur, sports are competitive, and many times the goal is to beat your opponent, sometimes, as in boxing, even inflict harm on your client, so how can you answer ‘yes’ if asking whether the suggestions are safe to others?

The answer to this is very subjective, and it will be solely up to you to make the call. But when working with athletes, this is my general viewpoint. When two or more people willingly enter a sport that will have a clearly defined loser and a clearly defined winner, they do so openly and of their free will. There is an ‘unwritten’ agreement that risk is involved. When looking for the ‘safe to others’ criteria in sports, I am looking at this from the point of ‘outside of the agreement’. In other words, I would have no problem hypnotizing a boxer to punch faster and with more force against an opponent in the ring, but I would not suggest that the boxer be able to punch anyone with speed and force – only his/her opponent. For someone who competes in archery, I have no problem saying under hypnosis that they will shoot a target with accuracy and precision, but I would not say that they can shoot anything with accuracy and precision.

What is the Unconscious Mind?

The worst thing you could ever do for yourself while practicing self-hypnosis, or for your client is telling them that their unconscious mind can do whatever it wants. This is not appropriate. Your unconscious mind is a servant; it is supposed to follow your orders. This is the principal problem in the well-being of many people today. Most people don’t spend enough time with their own unconscious minds giving it direction and guidance. Like a child left without mentoring or leadership, it struggles sometimes to do the right thing, but often doesn’t know what that is, so the unconscious mind makes choices that ultimately are not healthy.

When we try explaining to people the complexities of the unconscious mind, we’ve found the following metaphor works quite well. Think of your conscious mind as the captain of a ship, and think of your unconscious mind as the crew that supports the captain. Now at first glance, most people think the captain runs the ship, but this is not true. The captain oversees the ship, but the crew runs it. If the captain wants to go right, she doesn’t run down to the boiler room throw on some coal, then run up to the galley and put lids on all the bowls to keep them from spilling. What does she do? She places an order with the crew, and they do the steps necessary to get the ship to go in the right direction.

Mutiny in the Mind

Your conscious mind oversees your vessel, but your unconscious mind is running it. The same is true for the athletes you work with. There is a nautical term used to describe what happens when the crew stops listening to the orders of the captain and starts doing what they want instead. It’s called mutiny, and it provides a great parallel to what happens with the Conscious and Unconscious mind.

How does mutiny occur in the Mind? In the same way, it can occur at sea. Treat the crew poorly. Don’t listen to them, don’t give them any breaks, abuse them, ignore them, and do things that violate laws (in the Mind’s case, laws of nature). If you really were to stop and evaluate most people’s behaviors, you would see things that would make the most powerful of ships sink to unrecoverable depths.

Today, many people are “having a good time” by blowing out their energy. They drink fermented liquids that kill brain cells and rot their liver; they smoke drugs that destroy short-term memory. They deprive the body of sleep and then drink stimulants to stay awake. They eat foods so full of preservatives that the body’s hydrochloric acids can’t even break them down. When I stop to think about what most people consider ‘having a good time’ is, I fear what they think would be a bad time.

Milton Erickson, one of the world’s foremost hypnotherapists once stated so profoundly, “Your patients will be your patients because they are out of rapport with their unconscious minds.” If you are experiencing any conflict in your life, that’s usually a sign of a lack of rapport somewhere. In fact, you can use the outside world as a biofeedback tool. It will reflect to you in exact proportion what you are experiencing inside. Your athlete will experience conflict in their outer world to the exact degree that they are creating conflict in their inner world (Mind and Body). Soak that in.

If the athletes you are working with are practicing over and over and over their moves and still not experiencing success, it may not be mechanical or lack of skill. It may be psychological. They may be doing things unconsciously to themselves that are creating elements of mutiny inside. Then, when they demand performance from their unconscious mind to provide enough oxygen to their bloodstream or give them enough adrenalin to compete, it may not be willing to cooperate.

Creating Success and Health in Your Inner World

When was the last time you thanked your unconscious mind for supporting you in your sport?

Are you giving your unconscious mind what it needs to support you in your sport? i.e. nutrients, rest, stretching, etc…

What are three things you could do regularly, and are willing to do regularly that would give your unconscious mind the attention it deserves, and encourage it to support you in your goal?

What foods/substances are you putting in your body that are harmful to your ‘crew’? What are you willing to do about it? If you aren’t willing to do anything about it, can you honestly expect your ‘crew’ to change for the better?

Your Brain Does Not Process Negatives

Unconscious minds are designed to move you toward whatever you are focusing on. So, what are you focusing on? What are your clients focusing on? This concept is critical in creating hypnotic suggestions for your clients. Imagine how ineffective it would be if you were to say the following to your client: “Notice how you don’t even think about losing any more. The fear you once had of being defeated is no longer a constant thought process.

You no longer dwell on the pain and shame you feel when you lose. You no longer obsess over what people will think about you if you lose. You no longer obsess over how your self-esteem will be crushed with every defeat. You don’t want to lose, you won’t lose, and you’re not a total loser.” That would probably be one of the most destructive suggestions you could offer a competitive athlete. Instead, you might want to focus on the positive. Such as: “Notice how the only thoughts in your mind seemed to be filled with victory. The confidence you now have is fueling your mind with empowering thoughts of winning, performing with greatness, and competing with spirit. You now are focused on the tremendous feelings you will feel when you win. Knowing that endorphins are instrumental in providing a healthy immune system you realize that the more you focus on the feelings of victory, the healthier you will be. And the healthier you are, the higher the probability you have of a victory.”

(Notice how the suggestions associate winning to preservation or the health of the body.)

Where Can I Learn More?

Curious to learn more about the use of hypnosis in coaching? Check out these blogs:

To learn how hypnosis and hypnotherapy is used in sports and fitness performance, review the Sports Psychology Coach Certification.

NESTA and Spencer Institute coaching programs are open to anyone with a desire to learn and help others. There are no prerequisites.